The contemporary mosaics of Plovdiv 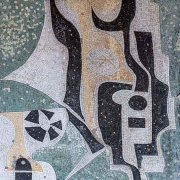 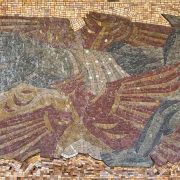 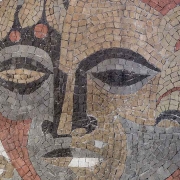 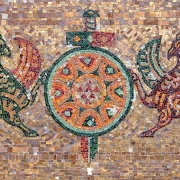 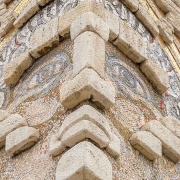 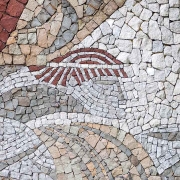 The roundabout at Plovdiv International Fair 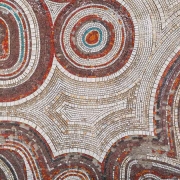 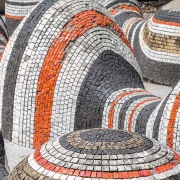 The polyclinic of Trakiya neighbourhood

Mosaic is one of the earliest forms of monumental art for the decoration of public and residential buildings that had both decorative and utilitarian functions. The technology and motifs of mosaic art changed quite a bit over time, as is attested by examples of mosaics created across modern Bulgaria between Greco-Roman antiquity and the early Middle Ages. After a long hiatus, mosaic art was revived in Bulgaria in the 1960s and became one of the most popular techniques in monumental art during the period of Mature Socialism. Along with other techniques utilized for monumental art projects, mosaic art thus served the ideology and aesthetics of the socialist state in Bulgaria between the 1960s and 80s. During this time, both figural and abstract mosaic motifs were dominated by the artistic language of socialist realism.

Artists from the famous “Plovdiv group,” who established monumental wall painting as a regular practice in Bulgarian fine arts, played an important role in the development of public wall art in socialist Bulgaria. This group includes artists from the so-called “April generation,” whose bright presence stands out in Plovdiv’s artistic life. The works of the April generation are united not only by a common interest in monumental paintings but also by similar explorations of image and form. At the group’s core were Yoan Leviev, Dimitar Kirov, Hristo Stefanov, Encho Pironkov, and Georgi Bojilov – Slona. These artists laid both the theoretical and practical foundations of monumental painting in socialist Bulgaria. In the area of mosaic art during the 1970s and 80s, Yoan Leviev and Dimitar Kirov were prolific creators while Georgi Bozhilov-Slona and Georgi Boiadzhiev made only a few pieces.

At the same time, a younger generation of artists also actively participated in Plovdiv’s artistic life. Most of this generation were alumni from the “Decorative-monumental arts” program at the National Academy of Art in Sofia (then called the “High institute for fine arts “Nikolai Pavlovich”). These included the painters Valchan Petrov, Angel Pachamanov, Dechko Dechev, Dimo Kenev, and Trifon Nedelchev.

The separation of the design and execution processes was most characteristic of this period. Most of the artists who created monumental mosaics limited their participation in the process to delivering the artistic design in scale and/or to making а cardboard model in scale 1:1. The actual installation of the mosaics was carried out mainly by workshop contractors, who were trained to create tesserae from stone material and then assemble the mosaics under the supervision of the artist who created the project design. Only a few artists, such as Valchan Petrov and Trifon Nedelchev, carried out their projects themselves.